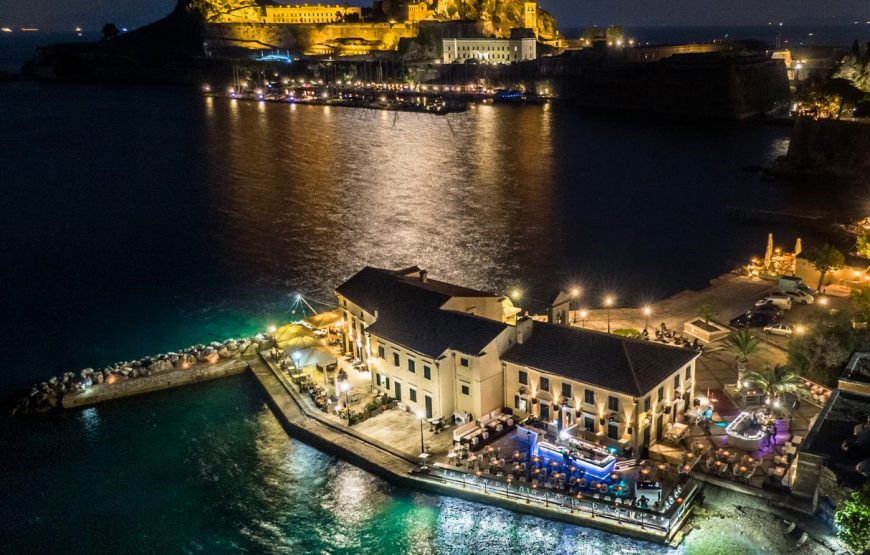 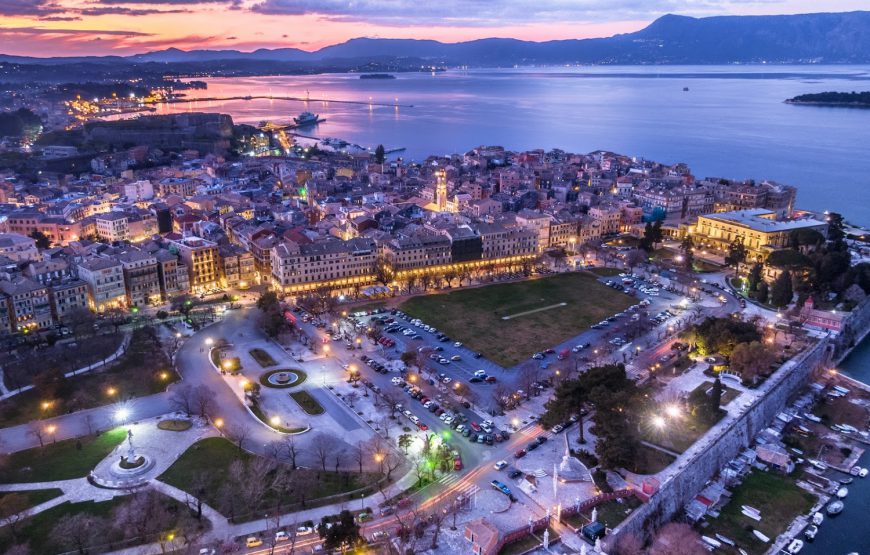 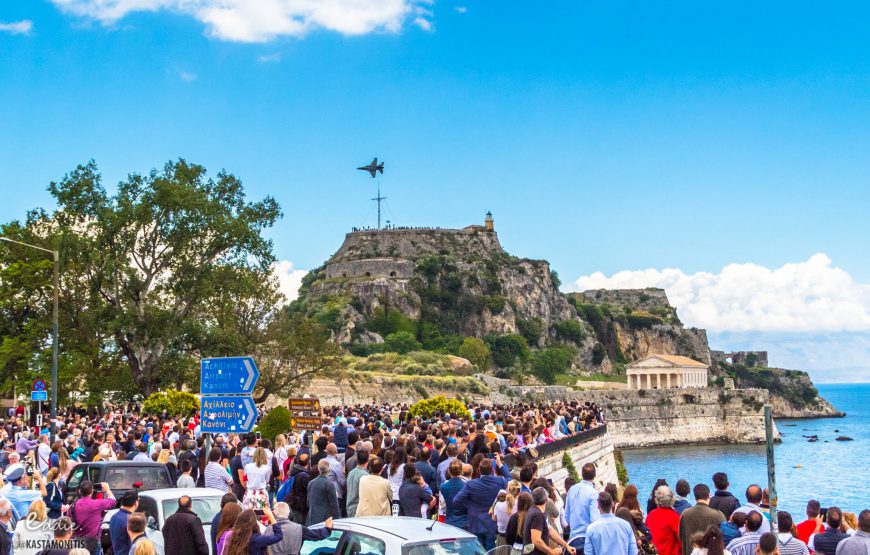 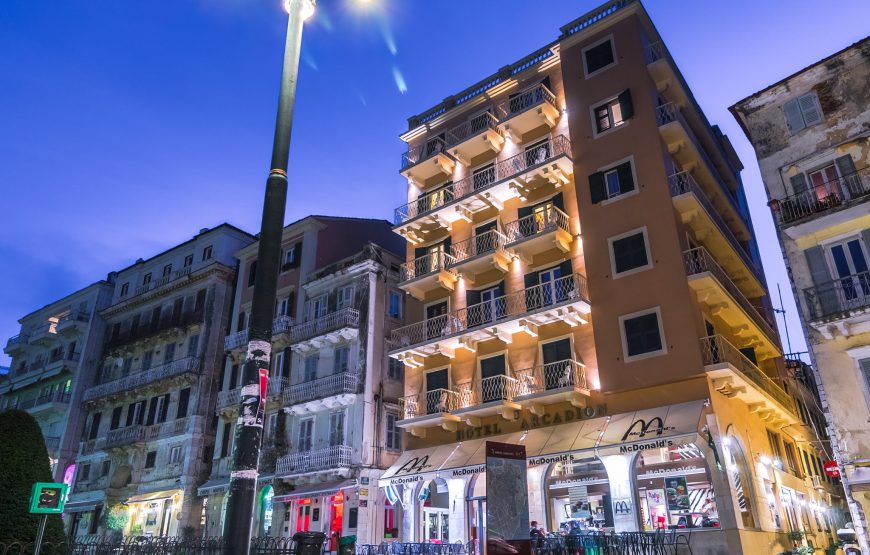 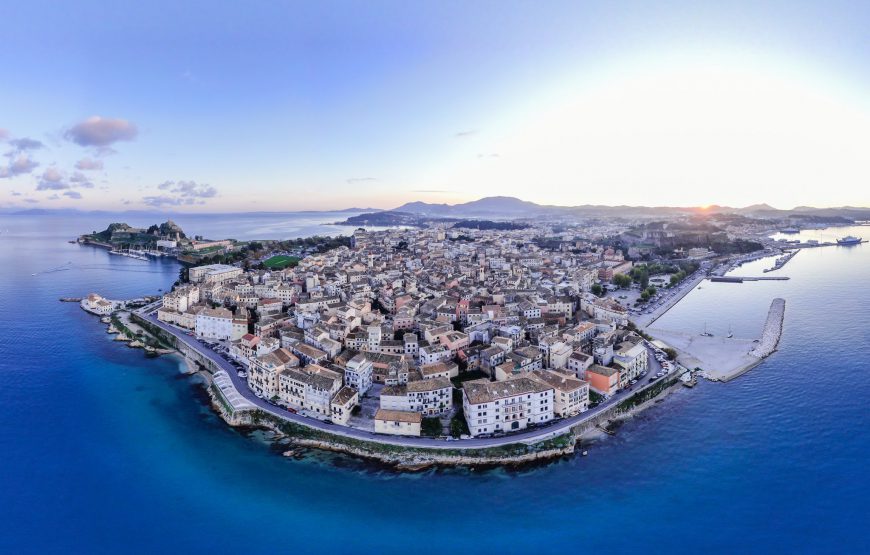 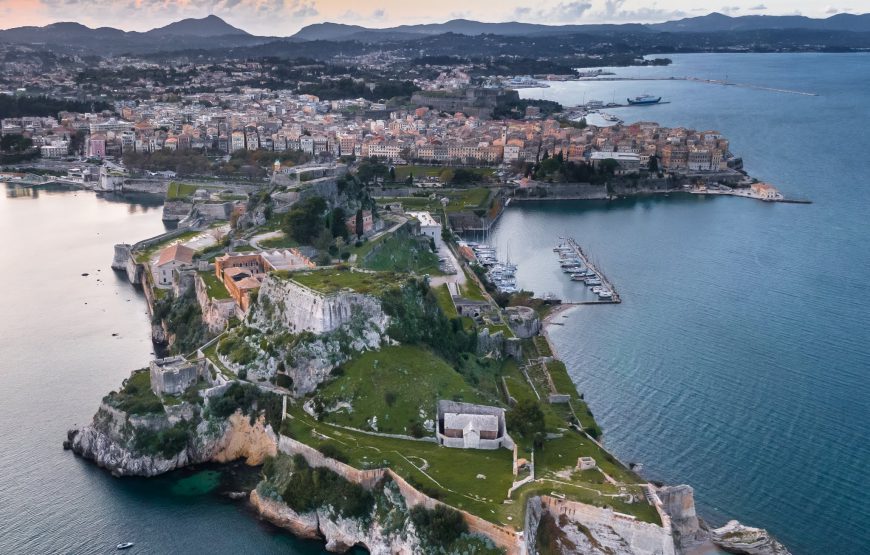 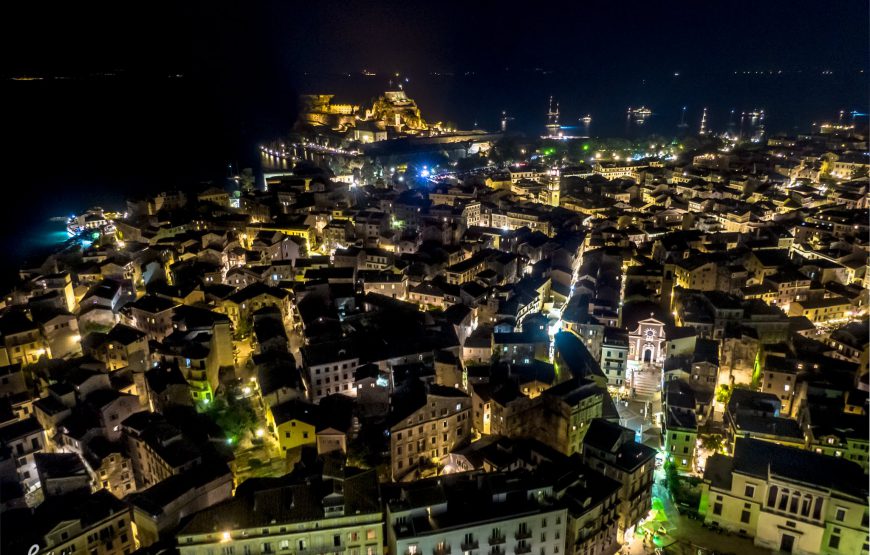 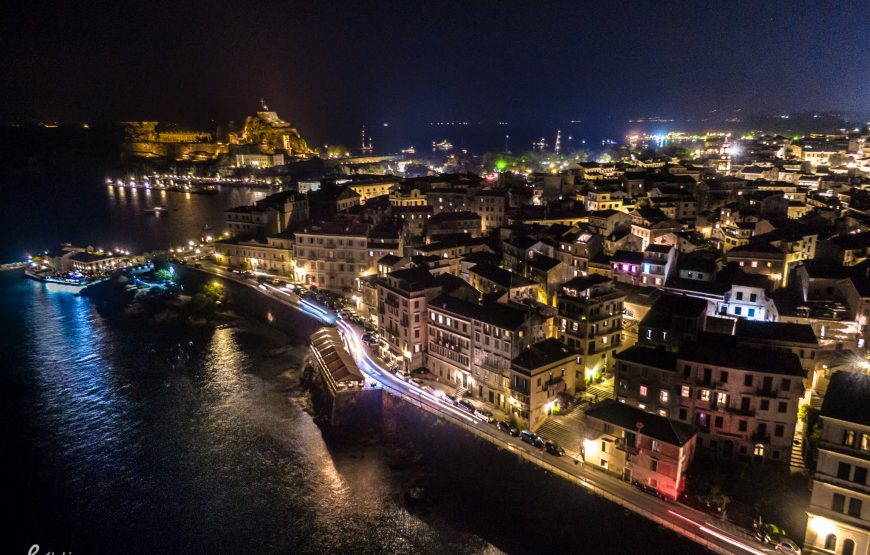 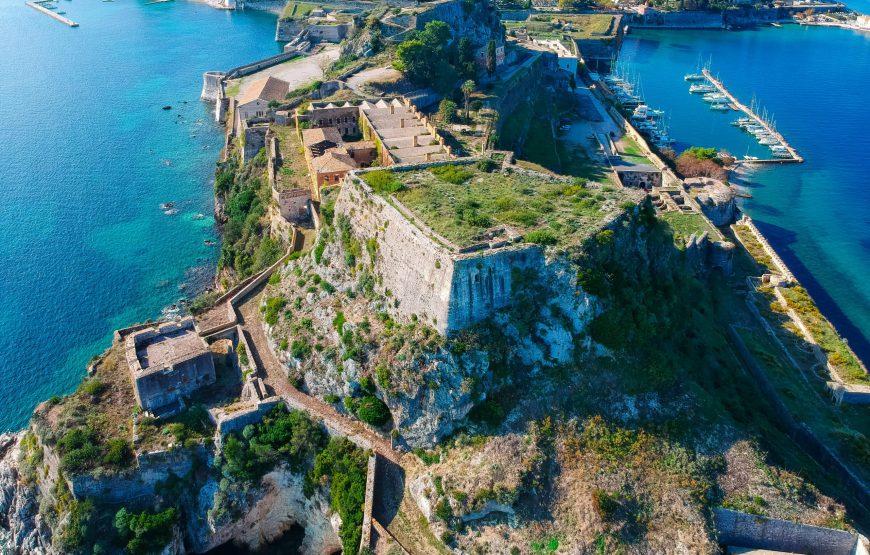 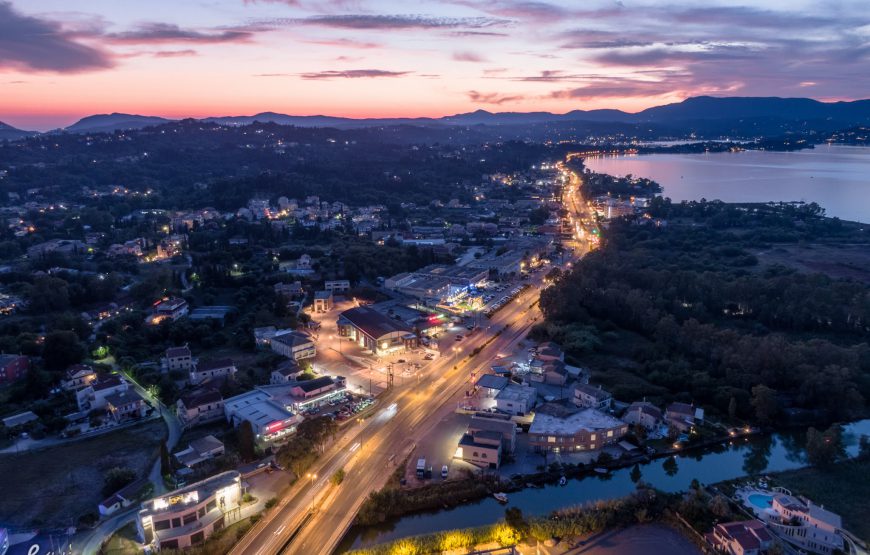 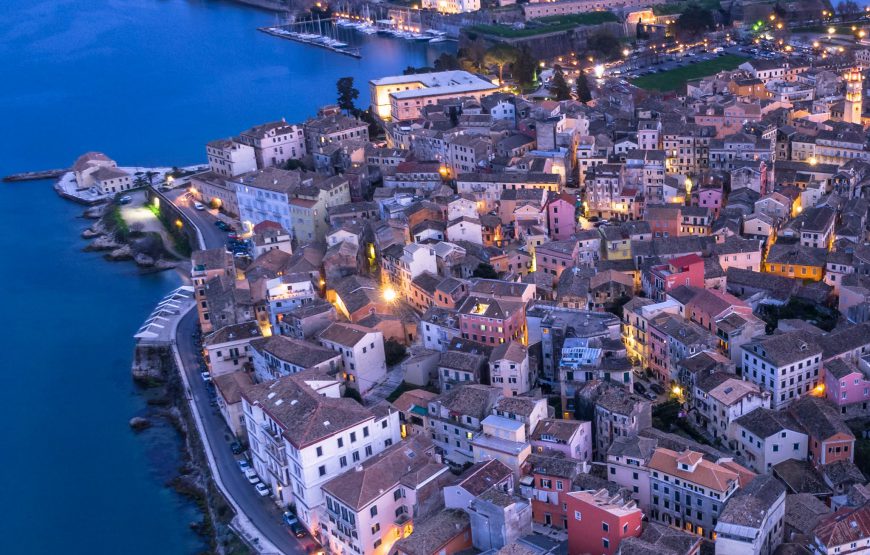 We suggest this tour for groups not larger than approximately 35 participants on each coach.
The tour can be combined with visits to either:
a) Corfu Town, or
b) Achilleion Palace, according to the ship‟s schedule and the principal‟ swishes.

The tour begins from the port with a half-hour drive via the countryside, arriving at the south end of the
village. As no coaches can enter the village, clients are dropped off at the south end of the village, walk through the
village (for about 1km), and are picked up by the coach at the north-end. The walking tour in the village starts with a
visit to the museum (for half an hour), followed by a walk around the village with a stop at the old campanile for
refreshments (included) at the nearby coffee shop “kafeneion” and a visit to the old bakery. Following the walking
tour of the village, the tour continued on coach via the village of Pelekas to Corfu town (half an hour drive).

The center of the island, known as the Mesis Region, is characterized by
large fertile plains interspersed with vineyards, olive groves, and dense
forestry areas, and an impressive coastline with long sandy beaches and
stunning rock formations thrusting out from the sea.

The region is of particular natural beauty and has a number of old
villages where life still follows the traditional ways. Most of these
villages, dating back to Byzantine times, were built on the flanks of the
hills as a safeguard from pirate attacks, their history reflected in their
architecture.

Sinarades Village is one of the oldest and finest examples of these Mesis villages – a large, well-preserved settlement with buildings dating from the Byzantine and Venetian times, surrounded by
fields, vineyards, and olive groves reflecting the traditional local ways of making a living. The
village with its stone-built houses and winding cobbled streets has an atmosphere of older times;
villagers still wear their traditional local dress and follow the old practices and standards of living.
It is the ideal terrain for a walk back into Corfiot history and tradition. Of particular interest is a
15th
-century campanile and the old village bakery fired by wood, where bread is still baked as
in the old times.

The village also houses the “Historical and Folkloric Museum of Central Kerkyra” which has
been functioning since 1989 in a traditional two-story house. The museum features a unique
collection of antique village furniture and working tools, put together with much enthusiasm by
members of the Historical and Folkloric Society of Kerkyra, offering an insight into the old ways
of everyday village life and working practices. The first floor of the museum is a reconstruction
of the interior of a traditional village house of the 19th
-century with all the furnishings and
utensils people used at the time arranged in a kitchen, dining room, and bedroom. On the second
floor, an exhibition of authentic Corfiot costumes of the 19th century, musical instruments,
agricultural and artisan tools used in the last century, evokes a way of life that is all but forgotten. Something Special : Corfu, its Palaces and Philoxenia 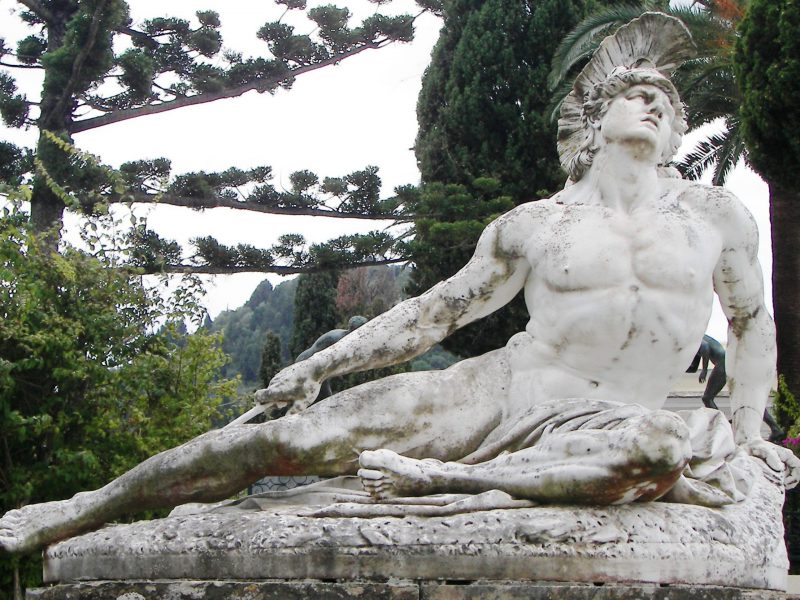